First, I wrote the following C file to translate the data to something that R can read.

Then, I created a datafile for plotting. It turns out that mapdata numbers are in radians, so a conversion was required.

I plotted this “new” dataset and the “old” one (containined in ocedata) and the results are shown below. 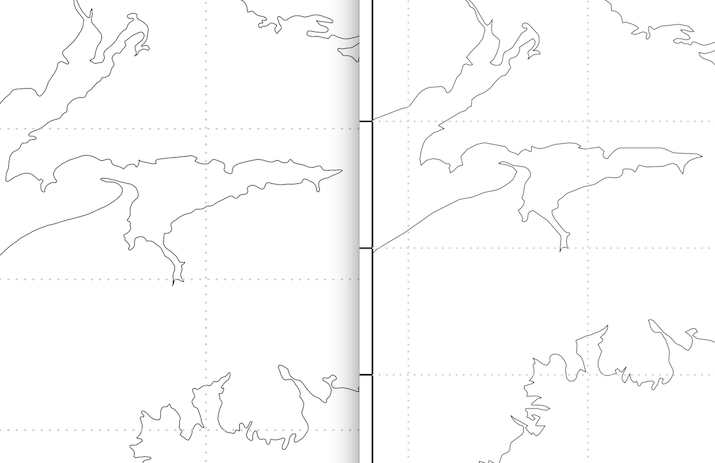 There are some differences between the two, but nothing dramatic (e.g. no Northwest Arm of Halifax Harbour). Certainly it would be difficult to argue for exapanding the memory footprint of ocedata by a factor of 4.