Next Previous
Wind and waves during a Nor'Easter storm
Feb 9, 2016 R · weather
Wave and wind conditions are summarized for the Nor'Easter that hit eastern Canada February 8, 2016.

Several buoys measure wave conditions off the coast of Nova Scotia. I was hoping to get data from the nearest one (ID 44258) but it did not have many non-missing data, so I instead chose one further offshore (ID 44150; see http://www.ndbc.noaa.gov/station_page.php?station=44150). This is owned and maintained by Environment Canada, and is located roughly south of Halifax and east of Cape Cod, near the 1000m isobath, as indicated on the map below. 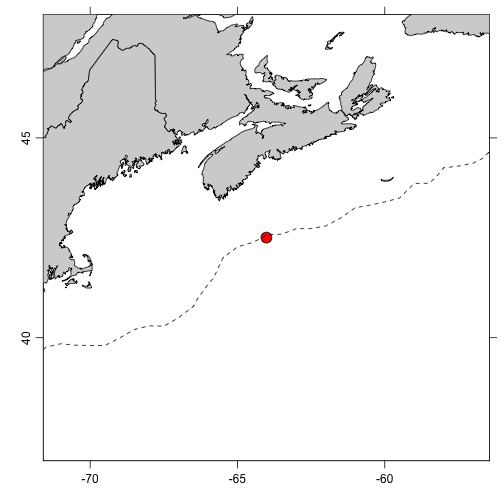 I first downloaded the data as follows, in R:

Since I did this on February 9, I got data for the month prior to the download. In case any reader wants to try working with those data, I’ve provided them on this blog [1]. 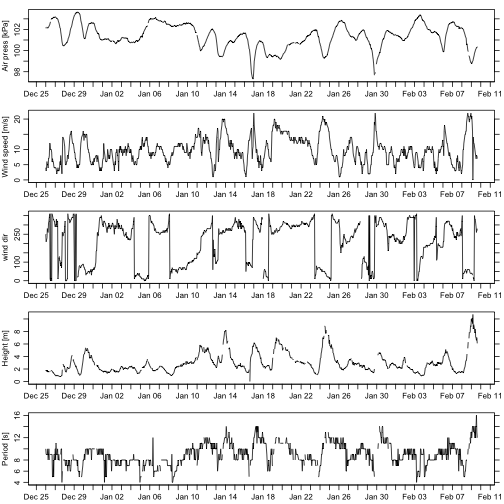 I like to plot winds in the oceanographic convention, i.e. with dots indicating the direction in which the air flows. I will colour-code the dots with an indication of the wave height. 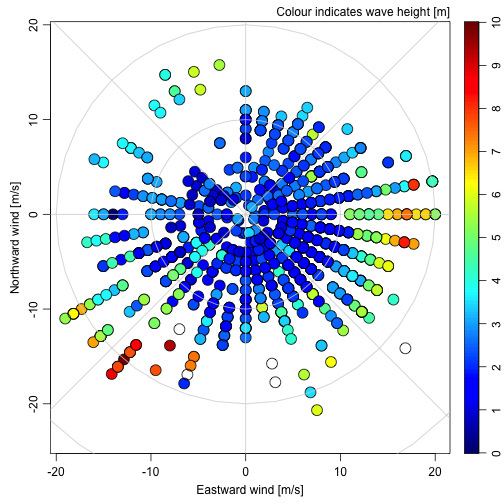 Although waves are not entirely related to local winds, it is interesting to compare them. The time-series plots indicate a correspondence of high wind and large waves. However, the wind-rose plot indicates that this is mainly true for certain wind directions. The strong winds from February 8 that caused the largest waves are indicated with the dark-red dot in the lower-left quadrant. This quadrant corresponds to winds that locals call Nor’Eastly, and those locals who take to the sea will not be surprised by the wave heights indicated on the storm, or by their long period as indicated in the time-series plot.