The tirs1 band of landsat-8 imagery (see [1]) is a near-thermal band, from which a quantity called ``brightness temperature’’ may be inferred.

Note in the code that the SST is computed in Celcius, and inserted into the data object before plotting.

The figure below shows the results. This image is from winter, so the land (Nova Scotia) is colder than the ocean.

The high land is especially cold, as those familiar with the topography can tell at a glance. Homogenous blue patches indicate frozen lakes.

Generally, the ocean temperature hovers around freezing (i.e. -2C). The anomalously cold patches in the Bay of Fundy are probably a signature of ice. Some of the orange colour suggests temperatures a much as 1C below freezing. Whether this indicates a difficulty in the algorithm or the interpretation is a matter for Landsat experts.

The beautiful swirls south of Nova Scotia are typical of these coastal waters. 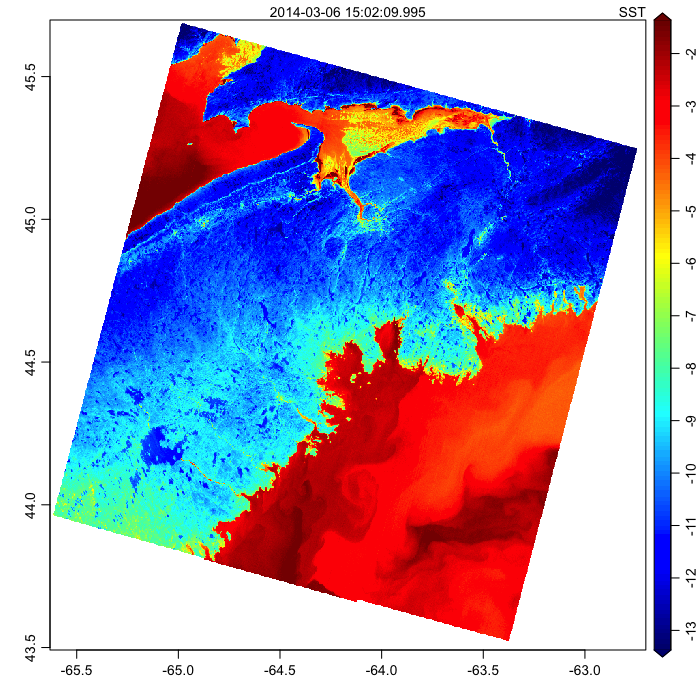